Why rewrite what has already been written superiorly. Most of our problems aren't unique and have been solved for ages. Unfortunately, we're bad students.

“The true test of a man’s character is what he does when no one is watching.”

“It is better either to be silent, or to say things of more value than silence. Sooner throw a pearl at hazard than an idle or useless word; and do not say a little in many words, but a great deal in a few.” —Pythagoras (570 – 496 BC)

“They do not come to you, the objects whose pursuit or avoidance causes you such disquiet, but in a certain sense you go to them; so if you will only let your judgement about them remain at rest, they too will remain unmoved, and you will be seen neither to pursue them nor to avoid them.” —Marcus Aurelius (121 – 180) 📚︎

“Men and women range themselves into three classes or orders of intelligence; you can tell the lowest class by their habit of always talking about persons; the next by the fact that their habit is always to converse about things; the highest by their preference for the discussion of ideas.” —Henry Thomas Buckle (1821 – 1862) 📚︎

“For the Cynics, the purpose of life is to live in virtue, in agreement with nature. As reasoning creatures, people can gain happiness by rigorous training and by living in a way which is natural for themselves, rejecting all conventional desires for wealth, power, sex, and fame. Instead, they were to lead a simple life free from all possessions.” 📚︎

“If the choice rests with you, why are you doing this? If it rests with another, who are you to blame? The atoms, or the gods? Madness in either case. You should blame nobody. For if you can, you should put the person right; or if you are unable to, at least put the matter itself right; and if even that is beyond you, what more will you achieve through your blame? For nothing should be done without a purpose.” —Marcus Aurelius (121 – 180) 📚︎

“Diogenes was acting on a crucial idea in Epicurus, that in order to live wisely it isn't enough just to read a philosophical argument once or twice, we need constant reminders of it, or we'll forget. When we're encouraged to go shopping by bright lights and inviting displays, we're quickly liable to lose sight of our true desires. So we have to counteract the influence of advertising by creating advertisements which say what we really do need, and that's why Diogenes put up his wall [on which the philosophy of Epicurus was inscribed].” —Alain de Botton 📺︎

“Einstein struck a more serious pose when he addressed the Caltech student body near the end of his stay. His sermon, grounded in his humanistic outlook, was on how science had not yet been harnessed to do more good than harm. During war it gave people “the means to poison and mutilate one another,” and in peacetime it “has made our lives hurried and uncertain.” Instead of being a liberating force, “it has enslaved men to machines” by making them work “long wearisome hours mostly without joy in their labor.” Concern for making life better for ordinary humans must be the chief object of science. “Never forget this when you are pondering over your diagrams and equations!”” —Albert Einstein (1879 – 1955) 📚︎

“Acquire a method to examine systematically how all things are transformed from one to another, and direct your attention constantly to this area of study, and exercise yourself in it, for nothing is so conducive to elevation of mind. Someone who does this has stripped away his body, and, reflecting that in no time at all he will have to leave all this behind and depart from the company of human beings, he offers himself up without reservation to justice as regards that which is accomplished by him and to universal nature as regards what happens otherwise. As to what others may say or think of him or do against him, he gives that not a thought, but is satisfied if he can achieve these two things, to act justly in what he is presently doing, and to welcome what is presently assigned to him. And he has put aside every distraction and care, and has no other desire than to hold to the straight path according to the law, and by holding to it, to follow God.” —Marcus Aurelius (121 – 180) 📚︎

“Study to be accomplished, not affluent.” —3 Idiots

“It's much easier to believe something than it is to understand it.” —Chris Hadfield 🚀︎

“Education has produced a vast population able to read but unable to distinguish what is worth reading.” —G. M. Trevelyan (1876 – 1962) 📚︎

“If you can major in the field you're weakest in, that will build your character, and you will be able to conquer anything.” —Frances Perkins 🔊︎ [$]

“He who would learn to fly one day must first learn to stand and walk and run and climb and dance; one cannot fly into flying.” —Friedrich Nietzsche (1844 – 1900)

“If there is no sharing of excitement and wonder, if teachers themselves are passive recipients of information, what hope is there for their students?” —Paul Lockhart 📚︎

“It is not knowledge, but the act of learning, not possession but the act of getting there, which grants the greatest enjoyment.” —Carl Friedrich Gauss (1777 – 1855)

“You ask me if an ordinary person—by studying hard—would get to be able to imagine these things like I imagine. Of course. I was an ordinary person who studied hard. […] There's no miracle people. It just happens they got interested in this thing, and they learned all this stuff. They're just people. There's no talent or special miracle ability to understand quantum mechanics or a miracle ability to imagine electromagnetic fields that comes without practice and reading and learning and study. So if you take an ordinary person who's willing to devote a great deal of time and study and work and thinking and mathematics, then he's become a scientist.” —Richard Feynman (1918 – 1988) ⚛︎

“Relax, no one else knows what they're doing either.” —Ricky Gervais 🔊︎ [$]

“You should not be disgusted, or lose heart, or give up if you are not wholly successful in accomplishing every action according to correct principles, but when you are thwarted, return to the struggle, and be well contented if for the most part your actions are worthier of human nature.” —Marcus Aurelius (121 – 180) ¹📚︎ ²📺︎

“Let them be helpless like children, because weakness is a great thing, and strength is nothing. When a man is just born, he is weak and flexible. When he dies, he is hard and insensitive. When a tree is growing, it's tender and pliant. But when it's dry and hard, it dies. Hardness and strength are death's companions. Pliancy and weakness are expressions of the freshness of being. Because what has hardened will never win.” —Andrei Tarkovsky (1932 – 1986) 📺︎

“In a world of true abundance you shouldn't have to work to justify your life.” —Sam Harris 🔊︎ [$]

“[…] my choicest possession of all is, as you can observe, that I am always at my leisure, so that I can go off and see what is worth seeing, or hear what is worth hearing, and, what I value first and foremost, I can spend the whole day at leisure with Socrates here. And he likewise does not reserve his admiration for those who can come up with the most money, but spends his time in the company of those whom he finds pleasing.” —Antisthenes (445 – 365 BC) 📚︎

“We must do away with the absolutely specious notion that everybody has to earn a living. It is a fact today that one in ten thousand of us can make a technological breakthrough capable of supporting all the rest. The youth of today are absolutely right in recognizing this nonsense of earning a living. We keep inventing jobs because of this false idea that everybody has to be employed at some kind of drudgery because, according to Malthusian-Darwinian theory, he must justify his right to exist. So we have inspectors of inspectors and people making instruments for inspectors to inspect inspectors. The true business of people should be to go back to school and think about whatever it was they were thinking about before somebody came along and told them they had to earn a living.” —Buckminster Fuller (1895 – 1983) 📚︎

“Advertising has us chasing cars and clothes, working jobs we hate so we can buy shit we don't need.” —Chuck Palahniuk 📚︎

“On observing how a young man was priding himself on his expensive cloak, he said, “Stop priding yourself on sharing in the good qualities of a sheep.”” —Diogenes of Sinope (404 – 323 BC) 📚︎

“People pray to the gods for good health, and yet most of them consistently act in such a way as to damage their health.” —Diogenes of Sinope (404 – 323 BC) 📚︎

“No man has the right to be an amateur in the matter of physical training. It is a shame for a man to grow old without seeing the beauty and strength of which his body is capable.” —Socrates (470 – 399 BC)

“As long as Man continues to be the ruthless destroyer of lower living beings, he will never know health or peace. For as long as men massacre animals, they will kill each other. Indeed, he who sows the seed of murder and pain cannot reap joy and love.” —Pythagoras (570 – 496 BC)

“So long as you retain your spirit of exploration, surely you shall find your way out. This I believe.” —Daisuke Amaya 🎮︎

“There is a false saying: “How can someone who can’t save himself save others?” Supposing I have the key to your chains, why should your lock and my lock be the same?” —Friedrich Nietzsche (1844 – 1900) 📚︎

“We're all going to die, all of us, what a circus! That alone should make us love each other but it doesn't. We are terrorized and flattened by trivialities, we are eaten up by nothing.” —Charles Bukowski (1920 – 1994) 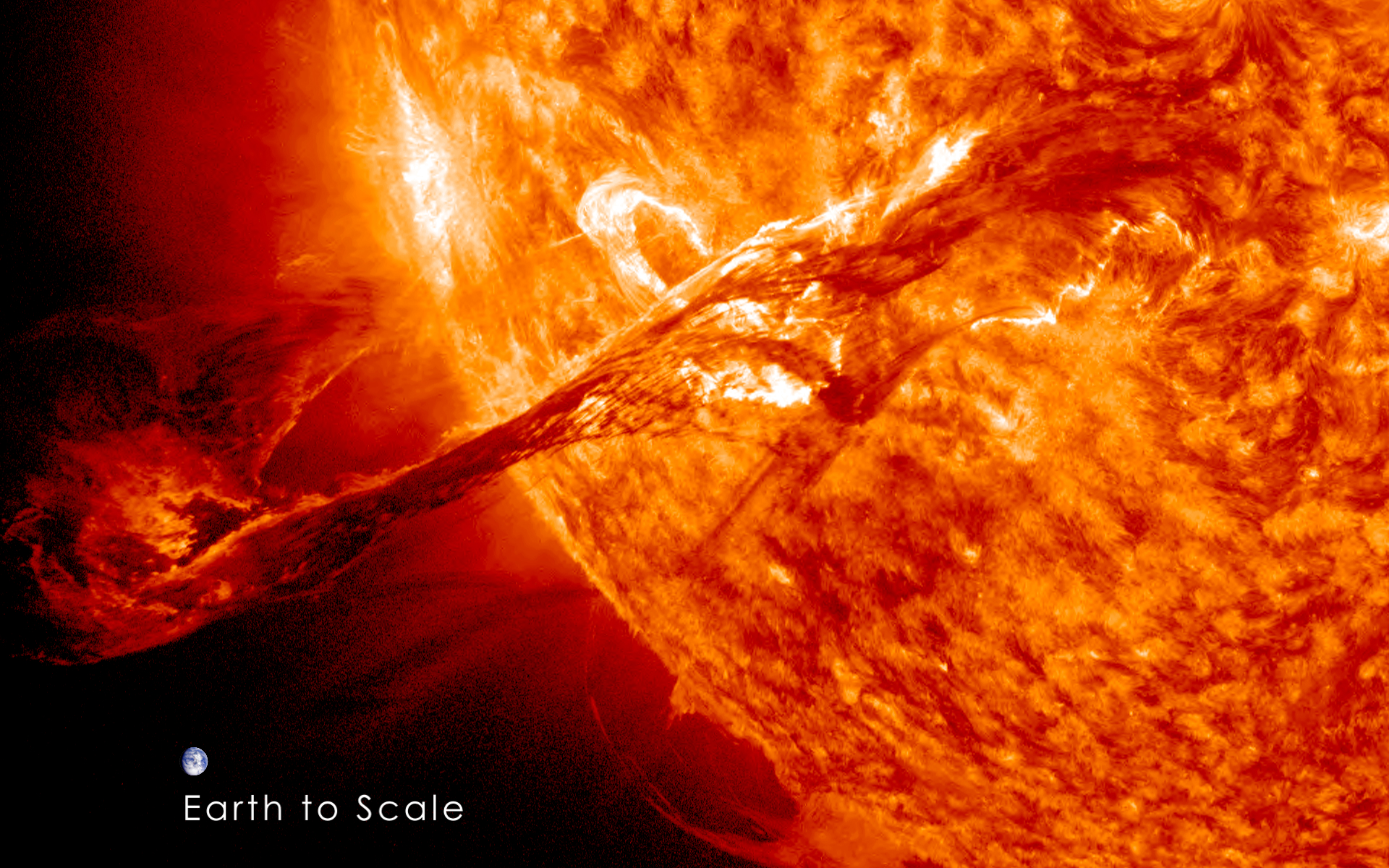 “My general feeling is that skateboarding has nothing to do with competitions or sport. It has to do with, trying to stay as immature as you can for the rest of your life. It's kind of a lame thing to say, but it really is. I don't mean irresponsible. I was probably more responsible than any of them. I had a lot more responsibilities than them, which is probably the reason I ended up being a 'mental case'. […] I am going to have fun. I am going to keep doing what I want, even if I have to be miserable doing it. […] That stems from being the kid who was not good at anything. No one came along and said “Hey, I believe in you. I think you're good.” —Lance Mountain 📺︎

“In a mad world, only the mad are sane.” —Akira Kurosawa

“If you don't rule your mind, your mind will rule you.”